IS MOUNT AND BLADE THE MOST TOXIC GAME


13 replies to this topic

When my friends talk about toxic games, I always laugh. Do they have a folder on their computer with the faces of people from their community? Is there rules of personal harrasment? Could their communities political standpoint just be alt-right?

Any free to play game is more toxic than any buy to play game. Add competition on top of that and you get people raging over stupid internet stuff which mean nothing at all. Since f2p games have larger community, thus getting higher competitive population, leading to more toxic people you can find. Lets say every 10th player is an mongoloid who rages and is toxic piece of shit, every 20th player is a competitive player, and every 3rd competitive player is same. Which leads to very simplified calculation with following result: x/10+y/3=z where x is amount of players playing the game as a game, y being amount of players playing competitive and z being an sum of toxicity in the game shown by amount of current players. We can divide that by amount of full players playing the game, and you will get the percentage of the community being toxic. Not by player, but by percentage of an community.

Now, if we would do the same thing on warband scene, we would get 25 000 daily players (not right now players, again). Since warband has a pretty weak competitive scene, i wont calculate it, and i would say that out of 200 warband players, one is a multiplayer player. So, that leaves us with 25 000 daily players and 1250 multiplayer guys. Now this calculation is an assumption as i cant be bothered to reinstall a game, and this is just to prove that warband is not the most toxic game.

Where were we, oh yeah, 25 000 daily players and 1250 multi player guys. Lets say one out of 10 is a toxic prick which is 125, which is  10% of the total multiplayer player base being toxic, Add single player on top of all that (as we calculate amount of total players) and you would get pretty low result, or around 0.5%.

0.5 percent of total warband players are toxic, compared to 11.20% of league players. Even if we would calculate multiplayer only playerbase of warband, it would lead that entirety of league player base HAS LOWER TOXICITY THAN MULTIPLAYER ONLY PLAYERBASE OF WARBAND. Therefore

Oh and also this is extremely simplified, i didn't add on account average age, alternative accounts, and a desire to win factor. If i did leauge would get 5 to 10% higher toxicity, and warband multiplayer would get half of league added toxicity as it's lower toxicity. So the real number is even worse to league of legends, a lot worse. I just couldnt be arsed to add those into my calculation

It took me 10 minutes to write this if anyone cares.

Also no need to use caps, it wont make your opinion or thread more valid or serious.

i like ur mathematics, but i play both league and mount and blade. and league is toxic indeed, but mount and blade is so much more personal. This community is small and that means if you play regularly you know all the players...

i honestly believe that pk/pw is the most toxic place to be if you play games.

also i said i like ur mathematics, but they dont prove shit

Hmm, you are same type of people who believe that 50/50 chance will literally mean that out of 10 throws, you will get 5 times heads and 5 time tails. There is just no constructive talk in this case, as you are either too ignorant (young) or too dumb. Don't really want to spoil it for you, but no, that's not how it works, and my point of really small percentage or warband players being toxic makes total sense when you keep in mind that you literally asked a question while having in mind the entirety of warband playerbase, and not just one mod in general.

Yeah, it proves far more than you think, but mathematical probability doesn't work way you think or, God forbid, "know" how it works. Nothing wrong with that, but saying that mathematics does not prove anything while whole world literally revolves around it is absurdly.

Since you "pretended" to know what you are asking, I hoped that you actually have some braincells, so we can have an interesting conversation, but it turns out you actually already "know" the answer on question you asked so there is no point talking, or voting, to begin with. If your question was rephrased on warband multilayer, it is still smaller than league when we add every mod there is, but if you would keep in mind one specific mod, results might differ, because smaller mods like PW are made mostly of competitive community.

Havent touched warband nor god forbid league of legends in around half a decade, so my opinion is fully unbiased.

The person who created this topic is the biggest hypocrite I've ever seen (like a psycho inventing events in his head as if this were not a mod for M&B, but the multiverse of Marvel or DC)

No, it's not, you RACIST REMARK

gwin stfu, and @knez you faggot

You can't just calculate how many people are toxic with having no evidence of any of your numbers being correct. Who fucking knows if every 1 out of 10 person in a game is toxic. Do you have to be competetive to be toxic? Does the stats really not differ from game to game?

And why would you ever even fucking include singleplayer, obviously you can't be toxic to other people when you play against NPC's.

If we substract your singleplayer comparison, you end up with roughly the same amount.... 1 out of 10.

My arguement for mount and blade being the most toxic place to be is: When you dedicate yourself to one community, you begin to know all the people within that community, so it becomes personal.

In PK, you can roll around on your own, but if you play for a longer time, you will always find a group to be with. You always hate all the other groups, and they are always your enemies, this sometimes leads to very personal conflicts, which never happens with league, cause you dont know the russian whose talking shit to you.

For example some of my old friends I used to spend alot of time to talking on teamspeak back in the day now despise me cause we don't play in the same group and are often against eachother now.  Every kill is personal, cause you lose your gear. I've also never played anything where people will sit in Teamspeak sharing pictures of the other groups people irl faces that they have obtained earlier, by for example when they were good pals with the individuals.

Hey dumbfuck. How about you stop being a fucking piece of shit and listen for once.

I tried being civilized and cultural to a <16 year old ,but only thing you understand is beating, good beating. Since i cant come and slap your monkey face, I will draw what you did wrong since your monkey brain cant understand anything which isnt rock, fire, and eventually wheel if you are that advanced. But please try to understand the drawing provide below. 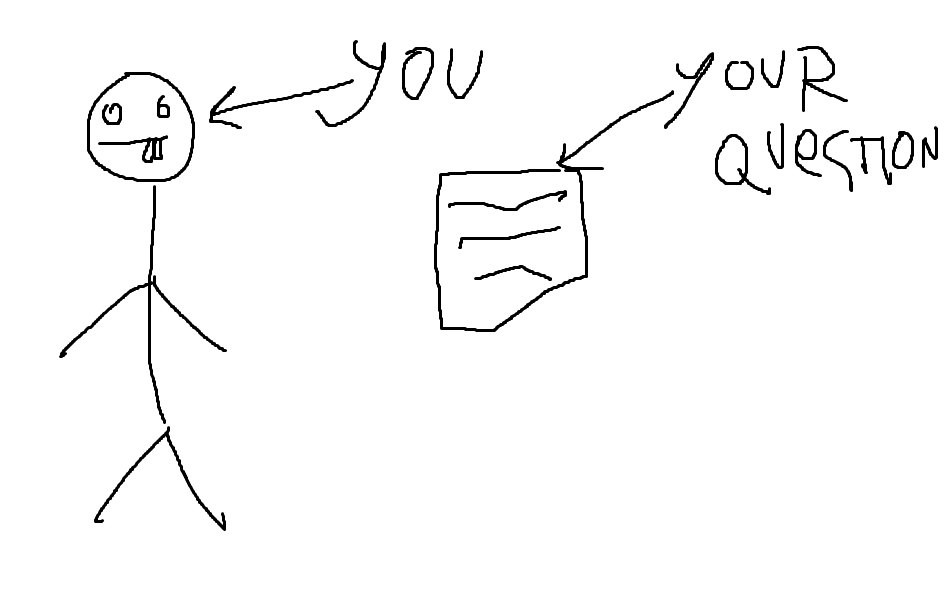 Therefore, it is IMPLIED that you want an answer, not that your monkey brain already has an answer on its own. What is the point of asking a god damned question if you already know the answer, other than YOU, a monkey, being a hypocrite who is himself a piece of shit in game who trash talks left right and center, like mr. GWIN pointed out. Fucking mongoloid, go fuck yourself you piece of trash. Reason why this world is failing big and why this pandemic exists is idiots like you who refuse to wear a fucking mask. Stupid 16 year old trash who cant calculate two plus two, but is smart enough to ask a fucking question when he already "KNOWS" the answer. I am sure your parents see you as an 16 year old failure, if you are not adopted to begin with. Fucking pillow fucker, go watch cartoons.

Guy is either a monkey, or a hypocrite who is himself a toxic shit, or both. Most likely both.

Beat your kids, otherwise they become like this idiot.

now alright you listen up you 5ft midget individual whose head is diconnected to reality, i asked a question, yes, i have my own opinion, yes NO THERE IS NO FUCKING ANSWER; JUST LIKE YOU I CAN HAVE A FUCKING OPINION

so why dont you create me a river in my backyard and then i might just not dig your mum up and make her suck my dick, i like garden decorations. you cant fucking calculate an answer to everything, try wrapping your head around something that is not fucking numbers you degenerate virgin go outside and figure out the world, theres a lot for you to go see. if i throw a stick will you chase it? you fucking proved my point and your stupidity honestly amazes me. lets not brag about the fact that you are 30 years old and you live in your dads basement (cause you obviously cant live in your moms)

you said you left the game then fucking start spewing your autism somewhere else, fucking go outside instead of being a cave dweller who sits on forums posting matematical solutions to abstract questions. you probably are a polak, cause i swear to god if ur parents couldve aborted you, it wouldve been a fucking abortion. Righto, I'm locking this thread. If you want to act like apes and fling your shit at each other, do it elsewhere

Back to Off Topic