20 replies to this topic

Posting on behalf of tournament organisers:
Hi Again,
Once again we would like to extend our invitation to the warriors of Mercs to join the Warband Native League. The WNL is the longest running and most prestigious Native tournament. It will see the strongest players and teams fight it out for the championship. The tournament will use a division system, in which teams will be able to apply for the division that they think is suitable for them. The format will allow for teams to quickly rise out of their division. Last season saw the Mercs team House Dayne of Starfall compete and they ran out as Division C champions.
We welcome all teams of every level, and hope to see some representatives from the Mercs community participate. If you're unable to put forward a whole team for the tournament, we will be having a free agents thread once the tournament board is up.
Sign up thread for teams: https://forums.talew...c,391206.0.html

said the guy in a ded clan

said the guy in a ded clan

isnt that just worse that a dead clan recognises ur clan as something negative tho?

First time playing in months and I killed lots of Daynes. Embarrassing!!

But ye, better see you in the league.

knez, Pillowfuckers belong on a cross

Torrhen on his knee, Evening sword

Torrhen on his knee

isnt that just worse that a dead clan recognises ur clan as something negative tho?

You are a scallywag 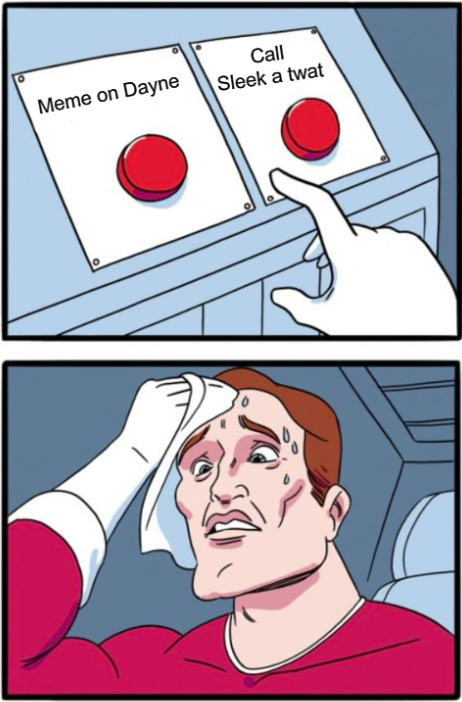 As a former member of Sanguine, you are obliged to side with me as we have history.

Hey guys, there is this ULTRA cool clan that only people with big pp can join called VGS. I even heard that they will pay those who join!
*wink wink, nudge nudge*

U really need to chill out

nha they are quite alright for now

I am the captain now