44 replies to this topic

Conquest of Calradia is a long-term war, where teams fight for control of the land. Use raw force, superb tactics, great skill and cunning wits to defeat the enemy, and become the ruling force of the land of Calradia!

The World Map, or planning map, will be an an overlay of the kingdom of Calradia the factions will be fighting over. It will be divided to territories that each team has control of in the beginning.

Factions can consist of clans, be gathered off of single players, or combination of both.

A faction should consist of atleast 8 players, with no top-limit. A faction can have multiple squads fielded, so a faction that can get over 8 players per squad at time can do so. A faction can field at most  squads.

One player will act as bandit leader. Said person will command 2 bandit groups at start. These groups are able to lay ambushes, raid villages etc. For every 10k the bandits have earned through being hired, another group will be available.

Should the bandits not be hired during turn, they will roll a dice to determine their actions, and who they are performed against.

- Territories are scrambled at the beginning of the game.

- The turn of deciding their opponent is randomized each week.

- Factions are able to attack only other factions adjacent to their territory. If the faction has a part of their original territory separated of them by having some conquered, they need to aim to re-connect that territory to their main area.

- Factions choose themselves who they want to attack.

- Factions are not allowed to attack same faction twice in row. Includes moving towards the factions territory (considering removal of rule)

- Faction leader, King, will order the movement of the squads in their faction. Each squad has their own Action Turn, during which they can either move to position, or attack an enemy. Or be attacked.

- Moving units on the map is done by point-by-point. Meaning units, be they militia generated from villages, or squads moved between castles/cities, have to move from village, castle or city to the closest castle or city, and this takes one turn.

- Diplomacy is an free action. You can forge alliances, pay for bandits to attack a faction, ask for protection etc.

- Sieging a castle is done in two steps. First, attackers will have to fight the defenders on battle. If attackers win, they can siege the castle, or abandon the siege and move somewhere else. (This rule is an exception to not being allowed to attack same faction twice in row.) If a faction has multiple squads, the one that fought the battle, must be the one defending/attacking castle.

- If defender wins, the attacker cannot attack them again next pick. Attacking squad will also move out of enemy territory to their nearest city/castle. This is automatic, and doesn't consume a turn.

- Squads need to be positioned at castles in order to succesfully defend them with full power. If enemy attacks castle with no squad placed in it, only the small garrison will fight. (5 players, personal gear.)

- Squads can be placed on terrain between castles/cities. These fights will be on random plains maps (4 squads+ = Large).

- Villages train 2 militia each turn unless raided. 5 militia in castle equal 1 round more that attackers need to play. Minimum amount for siege to be fought is 15 militia (3 rounds) and maximum is 50 militia (10 rounds). If the castle has less than 15 militia, attackers will siege the castle for 1 turn, after which they will receive the castle without fighting. Castles start with garrison of 20 militia.

- Cities start with garrison of 30 militia, and have a maximum garrison of 100 militia. Minimum of 15 militia still stands, as above.

- Cities can't be conquered as long as the faction holding the city has a castle left on the corresponding area.

Sieges end when all rounds have been played. Winner is the team with more victories. In the event of draw, siege is prolonged by 1 turn, on which defenders have half of their previous turn militias.

- Battles are 10 rounds in total. If the total ending is a draw, the defender wins, aswell as if the defender gains more points than attacker. Battles have no spawn change.

- If raiding a village, village stays raided for 2 turns + the raiding turn, 3 turns in total. During this time village won't produce militia.

- Factions may add only 1 new player to their roster per turn.

- Multiple squads can be used for the matches, for example 2vs2, or 3vs1. This however uses the turn for every participating squad.

- A squad may use at most 3 squadless players if not enough named players are available of the faction members.

- If teams can't set up a date, the team that manages to gather team on the server by 18:15 GMT, 15 minutes after Happy Hour end (1 week from picking deadline), without the enemy having a squad on the server, will win. If both teams manage to get a squad, a normal fight will commence, even with missing members. Atleast 5 members.

- Event will use in-event gold. Each faction starts with 1000 gold coins. Each round, they gain more gold, based on the amount of castles/Towns they own. 1 castle yields 50 gold per turn, and 1 city 100 gold per turn. In the beginning, this equals to 250 gold (3 castles, 1 town) per turn. All in-event transactions are performed with this currency.

- Hiring a mercenary costs 500 gold per fight, and this will be deducted from factions gold-reserves.

- Hiring the bandits will cost 1000 gold. This will be deducted from factions gold-reserves.

Fill the application form. Use the correct form if you want to sign up for faction or as mercenary. Sign-up fee goes to Event-Bank

All values are subject to change at all times.

Reserved for stuff should this become a thing.

In the meantime, have a read and voice your questions/suggestions. The event was originally made few years back, and the rules have hardly been modified since.

The signups aren't open at this time yet, this is more to gauge interest for the event, and see what community thinks of possible rulechanges.

knez, Blood for the Blood God! Skulls for the Skull Throne!

Nice meme, but people and clans i cared about are inactive, apart for a few individuals, which some of them lead clan full of autists, that mainly being that danish fatman. Now, the whole community is full of autists and sjw retards (again, autists), and making those autists, and sjw retards (again, autists) ruin this glorious event just by participating is beyond any redemption.

I understand you Knez, but you have a choice, you can just pass on this. Let us who are interested in this play and try to have some fun.

Rey_, I WILL BE HOKAGE

Looks pretty interesting. Would definitely give it a try. 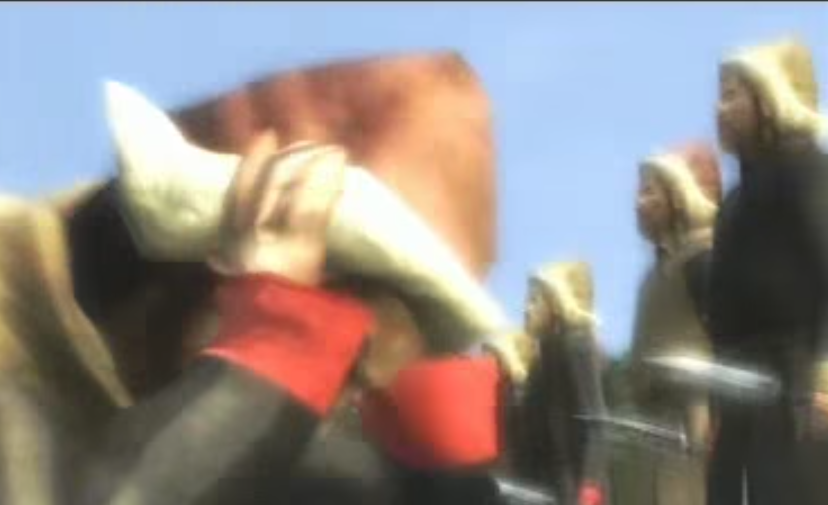 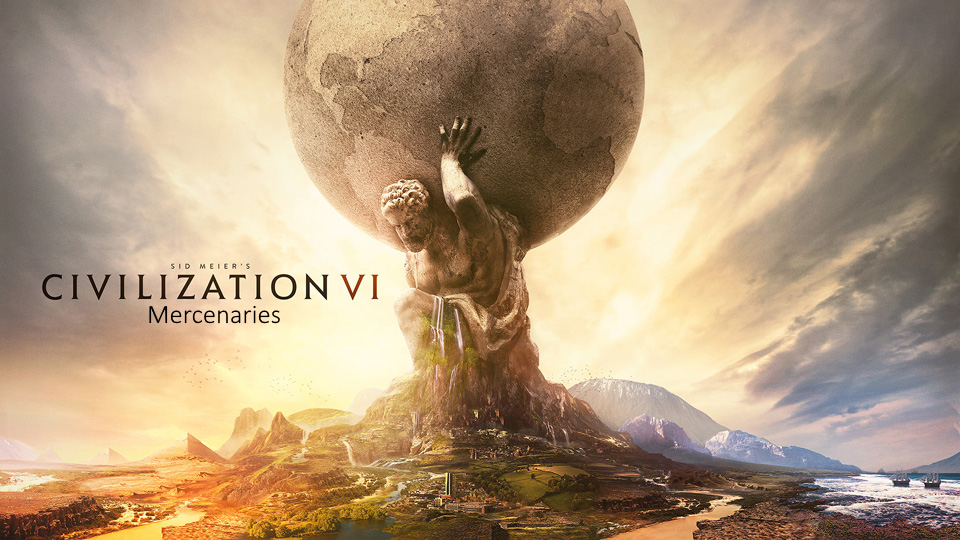 Nice meme, but people and clans i cared about are inactive, apart for a few individuals, which some of them lead clan full of autists, that mainly being that danish fatman. Now, the whole community is full of autists and sjw retards (again, autists), and making those autists, and sjw retards (again, autists) ruin this glorious event just by participating is beyond any redemption.

This does not change the point of this event. And Merc has always been like that, more or less.
I'd join, but quit this.

is this like strat battle just with mercs gear or what

Ambitious event but I like the idea. Will you run that on your own or do you already have people planning to help you?

Given its much more of a roleplay event compared to recent ones, do you think adding new in-game maps made for the campaign could be a good (and viable) idea? Most people on this mod have been playing the same maps for years, be it in a competitive environment or on public servers. I reckon there might be a few maps which happen to be under-used however I feel adding new maps would make things more refreshing and enjoyable.

Could also pair-up very well with Dan's latest contest and give the few mappers on the mod with an actual purpose for map creation.

At the very least, some new, small, siege maps would be good. Considering it's, at the current planning, only going to be used for the event, they wouldn't have to meet the regular scene standards. I'm considering if the battle mode would be entirely on random plains/fields/steppes, or if we should get a handful of small village maps for those aswell.

I am putting this up pretty much solo at the moment. I've spoken with Krex about the possibility of using his servers for the event, albeit I don't know if he remembers the talk we had as it was quite brief.

At the very least, some new, small, siege maps would be good. Considering it's, at the current planning, only going to be used for the event, they wouldn't have to meet the regular scene standards. I'm considering if the battle mode would be entirely on random plains/fields/steppes, or if we should get a handful of small village maps for those aswell.

I am putting this up pretty much solo at the moment. I've spoken with Krex about the possibility of using his servers for the event, albeit I don't know if he remembers the talk we had as it was quite brief.

Would be worth asking Dekkers and seeing what he is up to. Not sure how many other mappers would be bothered to make maps for that specific event. Doubtful they will come on their own and offer to create maps from scratch but doesn't hurt asking. When it comes to battle maps, random plains can do the trick for a few, other maps with villages / small building too.

If you need help with the administrative side of this, I'd be more than happy to give you a hand. Not really sure what I could help/advice you with but updating everything throughout the whole event can end-up being super time-confusing as you probably know quite well yourself so don't hesitate to reach me out.

Looking forward to seeing how this turns out either way.