41 replies to this topic

Wow much racism, Prussia waits and gets nothing. Jeez silly fins & germans.

Wow much racism, Prussia waits and gets nothing. Jeez silly fins & germans.

I geuss we  weren't Aryan enough

I geuss we  weren't Aryan enough

Too late bitch i'm getting it e-mailed. 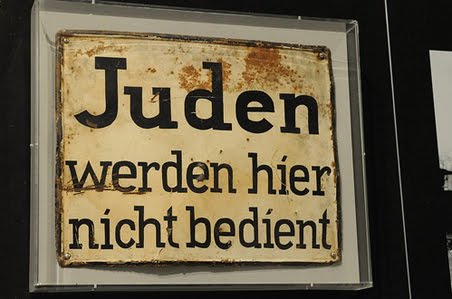 Replace  The J word with Vortigoat.

Replace  The J word with Vortigoat.

A free no-download needed browser game about nobility in the middle-ages. You create and play your own family, and it's a tactical/strategical/RP game that has awesome and unicorns.

http://wiki.battlema...<br><br><br> Anyways, here's the wiki link of the family I created

This is something completely different from what we are doing. Pen and paper or the kind of RPG we are playing happens irl or via teamchat during 1-4 hours, where players take control of a character they created and experience adventures in whatever fantasy world it is set. A game master moderates the whole thing, describes situations and locations and the players make decisions and do dice rolls for fighting/doing stuff which are easier or harder depending on their characters skills.

I know, but shameless advertising was shameless. In any case I haven't followed this for a while anymore, and it seemed to have died out. And I'm horribly lazy right now, that's got to do with my exams, but I was too lazy to create a seperate thread.

E: After reading the thread the full effects of my shamefurr display hit me. Outch.

I know, but shameless advertising was shameless. In any case I haven't followed this for a while anymore, and it seemed to have died out. And I'm horribly lazy right now, that's got to do with my exams, but I was too lazy to create a seperate thread.

E: After reading the thread the full effects of my shamefurr display hit me. Outch.

It hasn't died out at all, it's a project under construction from Wolo and so far a good chunk of progress has been made.

Yes, what I've seen so far looks very good, and I'm anxiously waiting to try it out.

Currently i am not sure wether to concentrate on adding more classes or to add more detailed combat. Currently there is only attacking and blocking, DSA has rules for weapon breaking though i'll probably make them a bit more elaborate for ours so breaking shields and weapons are more frequent (which is more realistic). DSA has a lot of rules about special maneuvers for combat, i will probably go for what i call 'fighting styles' that a character can learn and that allow him to for example fight more defensively or to concentrate on blocking arrows. Another thing that a lot of RPGs have is hit zones, as in aiming for a specific body part. Where standard hits land will probably be determined at random, but one could choose to aim at certain parts but will in return get a malus on his roll. Not sure how to do that yet. I guess you can choose what i should concentrate first on.

Playwise classes might be more important for character creation, depending on how long it'll take us to actually get to play i might as well elaborate on combat first though.

I'd go for combat myself. I tried to come up with reasons why, but couldn't figure any on the fly.

Alright i guess i'll write some more on that then today. Just incase anyone was interested in this. The project has infact not died and has been more or less finished. The problem is, that over the course of testing it a lot of issues arised that i have mostly solved by resorting to approaches i know from other rulebooks, namely Traveller and The Dark Eye. The result after a while was a crossbreed of the two with a heavy focus on The Dark Eye and a lot of minor changes for the sake of realism. The system allows for very detailed character development, but due to its range of skills and talents turns out rather complicated, especially for people who haven't played a lot of roleplaying games.

We played the ruleset for a while, but because of preferences in the group towards a more traveller-like approach (Traveller being more simplistic and more focused on world/universe development rather than character development), we have gone back to playing Traveller. The rpg is still set in calradia though and i am constantly adjusting the Traveller rules to fit into a more medieval setting, obviously with the option of going sci-fi at some point.

Going sci-fi might be interesting. Medieval people suddenly going into space... I feel like my axe won't be as effective as it could be out there.

I had another traveller sci-fi group with an axeman, you'd be surprised how well a combination of suicidal boarding attacks, tight corridors of space ships and a bulky guy with a massive axe go.